Seven members of the College of Pharmacy class of 1966 reunited at the University of Florida in November for their Grand Guard, a celebration of the 50th anniversary of their graduation. Members of the class of 1966, and their guests, enjoyed a tour of the College of Pharmacy and a private luncheon with Dean Johnson and leadership in the college. The reunion offered an opportunity for alumni to share memories from college days and learn about recent developments in the College of Pharmacy. The class of 1966 also participated in several activities sponsored by the UF Alumni Association, including the Grand Guard Induction Ceremony, where they dressed in traditional orange and blue graduation robes and were formally inducted into the Grand Guard Society. 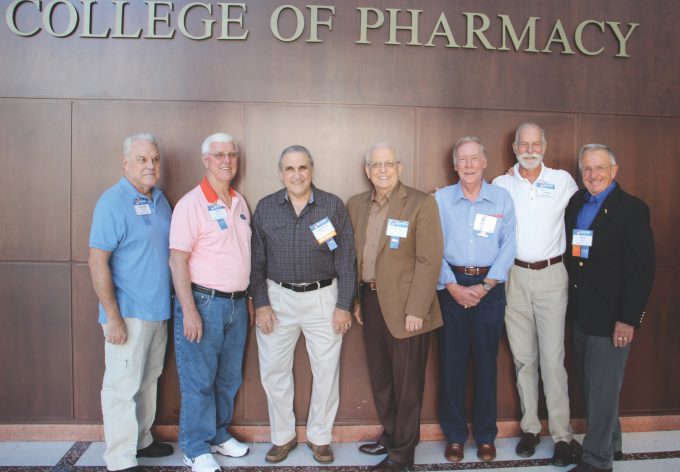