Use of commonly prescribed antibiotic ear drops may increase the risk of a perforated eardrum after ear tube surgery, according to a new study by researchers at University of Florida Health.

The study, published in the journal Clinical Infectious Diseases, compares the rates of eardrum perforations after use of two commonly used ear drops, quinolones and neomycin, following an ear tube surgery. Researchers from the UF colleges of Pharmacy and Medicine analyzed insurance data of nearly 100,000 children to identify eardrum perforations that require a costly surgical repair called tympanoplasty.

“We have tended to use quinolone ear drops fairly liberally after tympanostomy tube surgery,” said Patrick Antonelli, M.D., a professor and chair of UF’s department of otolaryngology and co-author of the study. “This was largely based on their relative lack of toxicity to the inner ear. Our findings suggest the need for more caution with the use of quinolone ear drops.”

In recent years, quinolones have been under scrutiny because of their adverse effects on soft tissues and other issues. An advisory committee for the U.S. Food and Drug Administration concluded last year that the benefit of quinolones in certain instances might not outweigh the risks with their use. The committee also highlighted the need for understanding the safety of topical applications of quinolones on soft tissues, such as the ear.

The findings are further supported by other experimental studies led by researchers in the UF College of Medicine. A collaborating team examined the effect of different antibiotic ear drops on cells from the eardrum. Commonly used quinolone ear drops, such as ciprofloxacin, were shown to damage the eardrum cells and to impair their production of proteins that are important for the strength and integrity of the eardrum.

The UF researchers acknowledge that their study only demonstrates an association and doesn’t definitively prove that quinolone ear drops cause persistent perforation of the eardrum. Nonetheless, the researchers said the findings raise a concern. 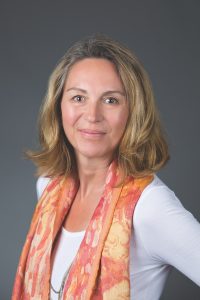 “Evidence on quinolones’ detrimental effects on soft tissues, animal studies, clinical trials and observational studies overwhelmingly point to the possibility that quinolones could contribute to the development of persistent eardrum perforations,” said Almut Winterstein, Ph.D., a professor and chair of the department of pharmaceutical outcomes and policy in the UF College of Pharmacy and co-author of the study.

The study’s lead author, Adel Alrwisan, is a graduate student in the department of pharmaceutical outcomes and policy in the UF College of Pharmacy.

Quinolones are more widely prescribed than the alternative antibiotic ear drop, neomycin, which has been known to cause hearing loss after repeated use. With safety concerns associated with both drugs, clinicians must weigh the risks against potential benefits.

“Physicians are stuck between a rock and a hard place,” Antonelli said. “Until we have other, safer antibiotic ear drops available, clinicians and parents must be cautious when using quinolones or neomycin and understand the risks associated with both classes of drugs.”

A natural treatment for liver cancer