Bonnie Ann Avery, Ph.D., is remembered as a loving wife, mother, grandmother and passionate scientist. She possessed a unique expertise as an analytical chemist and progressed into a recognized expert in pharmacokinetics and drug metabolism. She and her husband, Chris McCurdy, Ph.D., joined the University of Florida College of Pharmacy in January 2017, as part of the preeminence initiative in drug discovery and development and jointly led the development of the CTSI Translational Drug Development Core. Bonnie saw her work at UF as a career opportunity of a lifetime, and she valued the collaborative work environment where she made major contributions.

A native of North Dakota, Bonnie studied at Minot State University and the University of North Dakota. For 21 years, she served on the faculty at the University of Mississippi School of Pharmacy and mentored hundreds of students. When she joined UF, she quickly established herself and became a valuable contributor to several multidisciplinary research teams. She served as principal investigator or co-principal investigator on grants and contracts totaling over $40 million during her career. In one of her final professional accomplishments, she helped secure a five-year, $3.4 million award from the National Institute on Drug Abuse to study kratom alkaloids. Bonnie played an instrumental part of this award, and she would have led the analysis of the alkaloids. In the days before her death, she was excited to learn the grant had been funded. Her fellow principal investigators, Lance McMahon and McCurdy, will carry on her legacy and honor her scientific contributions through their work.

Linda J. DuBow, a devoted mother, grandmother, wife and friend of the UF College of Pharmacy, passed away in February. She and her husband, Laurie, were inseparable during their 59 years of marriage, and she was devoted to her children and grandchildren. As Laurie enjoyed a successful career in the pharmaceutical industry, Linda faithfully supported the family business — even sitting in on important job interviews to pick the right candidate. An avid football fan, Linda encouraged her husband to become a founding partner of the Jacksonville Jaguars franchise and enjoyed attending games with her family.

In the late 1980s, Laurie and Linda, along with their children, Susan and Michael, and Michael’s wife, Helen, founded the DuBow Family Foundation. With Linda’s guidance, the foundation has generously given to charities, community groups, religious organizations and educational programs, including the University of Florida. Linda, Michael, ’87, and Susan, ’84, all attended UF. Helping further education and improve the lives of children has been a big focus for the DuBows. Laurie and Linda pledged $1 million to the UF College of Pharmacy in 2007 to boost graduate research and create the DuBow Family Graduate Student Education endowment. The gift followed a $1 million donation to the college by the DuBows in 1991. The funding supports doctoral candidates in the department of pharmaceutical outcomes and policy whose research betters the treatment of children and families. A gift from the DuBow Family Foundation in 2016 helped the College of Pharmacy open a state-of-the-art interactive classroom on the Jacksonville campus that connects faculty and students with peers in Gainesville and Orlando for simultaneous instruction and learning. More recently, the foundation committed $500,000 over five years to construct the new UF Data Science and Information Technology Center in Gainesville, which will be a multidisciplinary facility supporting engineering, pharmacy and bioinformatics programs.

The Dean's Circle recognizes our alumni and friends who support the college with an annual gift of $500 or more. 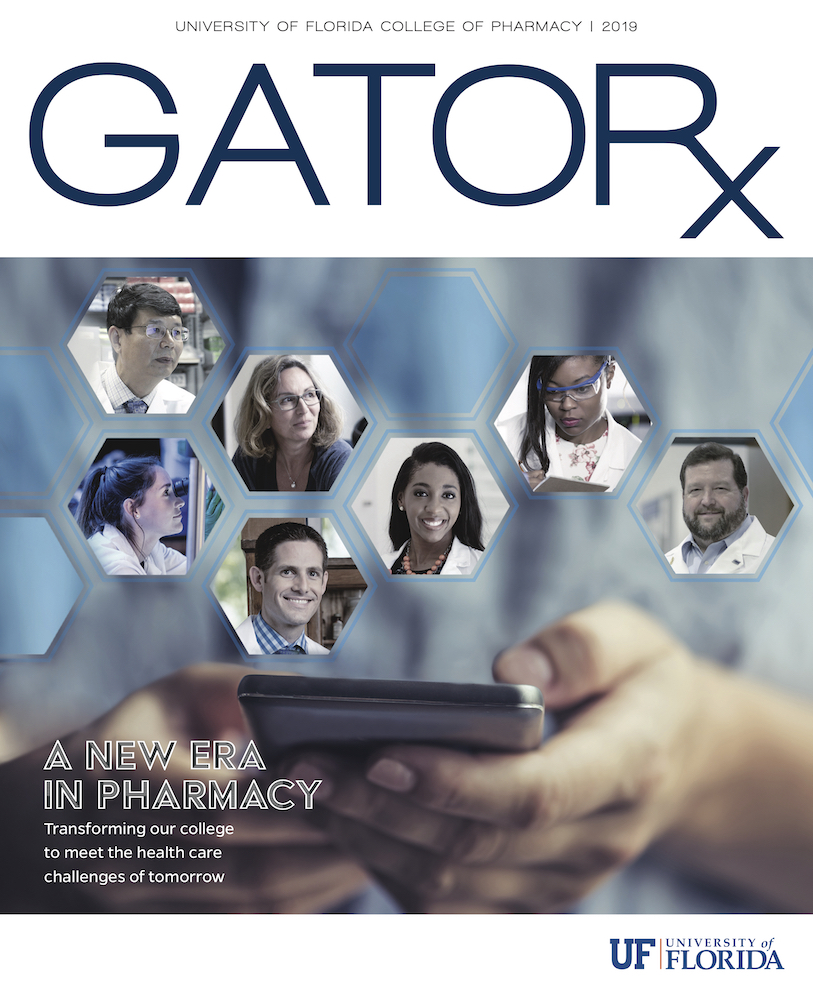